I had to laugh the other day when I was talking to my cousin. I officiated the wedding some years back for her and her fiancé.  They recently came and visited the house with the rest of their family, who were from out of state.  I figured that my cousin and her now husband were also living out of state, as they were when I performed the wedding.  I totally forgot that I had been told at least a couple of years ago that they have been living out here for a while.  It was funny to me that everybody in my family knew this except for me.  This reminded me about relating with people during your time of ministry, wherever that may be.

A former student of mine contacted me a few years after he had been in our ministry.  During his time at the church, he and I spent a ton of time together because he was very involved with the leadership piece of our ministry.  Now that he was gone off to college we did not talk very much.  In fact, I must admit that within a couple months of him leaving we did not communicate very much.  I take complete responsibility for this, as I am the leader in this equation.  However, here is the point.  During that situation I talked to Kevin Cobb and relayed my feelings on the situation.  I felt uneasy because this kid and I had been pretty close for so long.  Kevin reminded me of an important ministry lesson. 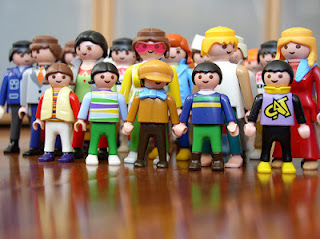 As our ministry began to grow it was very hard to keep track of people, even within our own ministry in the present.  Kevin told me that during specific seasons of ministry we would put time into people in different ways.  As one’s leadership ability grows, so does his or her need to make decisions about the people in which they will invest.  During that specific season of ministry I was probably putting in time to about twenty-five leaders, which included parents and college students.  My time was limited and Kevin reminded me of this.  Although I did not want to give up that relationship with the kid who had moved on from our ministry, the reality is that it had to be done, or at least change.

Since that time the good thing is that that student and I have become close again.  It is not the same because we do not do ministry, but I have been able to rekindle that friendship.  You need to decide what relationships are pertinent to your specific season in leadership at any given time.  Are you putting the correct amount of time and to the right people?  If you’re not sure, I would ask somebody that you trust.
Posted by Dr. MO at 8:46:00 AM No comments:


I just got off the phone with Kevin Cobb this morning.  Among the many subjects that we touched on I had a ton of questions regarding the season of leadership in which I am currently living.  I don’t get to talk with Kevin as much as I would like to, but the times that I do are always fulfilling.  As ususal, I had my notebook and pen in hand, waiting for anything and everything he was going to say.  And of course he did not disappoint.  He never does.  I asked Kevin about what it was going to take me to continue learning in leadership.  I know that sounds like a trivial and stupid question because we can always get better, but my question was deeper than that.  The many years I spent under Kevin’s leadership were filled with moments of wisdom and instances of growth.  The subject of this morning’s talk was: One who follows and learns from others needs to continue with a yearning for leadership, which will make them indispensible. 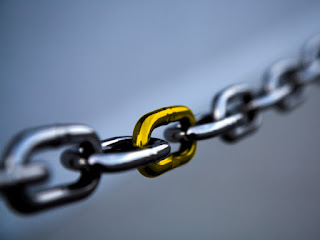 Kevin told me that one of his old mentors used to use the slogan “work yourself out of a job.”  What a great slogan.  Cobb mentioned that too many times people are afraid of losing position in a company and are afraid to teach others everything they know in fear that they may lose their job.    A true leader needs to come to a point in his or her mentoring process where they feel comfortable with the skill sets that God has given them, knowing that teaching others how to lead and become better will always lead to more and better opportunities.  Above that, leaders need to pursue mentorship.  This can be personal contact, reading blogs, listening to leadership audios, and reading books.  I feel I have gotten a handle on this approach to leadership, probably because I’ve been under Kevin’s supervision for so many years and continue to seek his advice.  I hope that each leader out there continues to work hard enough to potentially lose their job to somebody else.
Posted by Dr. MO at 1:41:00 PM No comments: