Resolution: whatever it takes

I just got done talking with one of the absolute winners on my team. As a coach, it's always good to see athletes who want to put the time in to get things done. I was thinking about resolutions for the New Year during my conversation with this swimmer. The thing is, she has a ton of stuff that is against her. The pain that she goes through when she swims is excruciating, yet she still wants to win. We have had multiple conversations over the past year about what it will take to accomplish the goals that she is set forth. You've got to see these goals: they are gargantuan. But that's what I love about this swimmer. She knows what it takes to win, and is not afraid to say that she is going to do the work. In fact, I find myself holding her back sometimes because I want to make sure that she approaches her season correctly. What I mean by that is there is a lot that goes in to winning, both on the coaching side as well as the athlete.

What I love about swimming is that the science of it is pretty much right up front. You know what you are up against at the beginning. For instance, when I was in high school and swimming I knew that if I wanted to win had to work much harder than most everybody else. I had to do this because I was a ton shorter than most of the guys that I swam against. But I wanted to win so bad that I did what it took. This is the kind of swimmer that I'm dealing with now. A lot of athletes say they want to win, but when it comes down to it they don't want to put in the work. And then we have some kind of conversation at the end of the season when they don't accomplish their goals, and kind of look at each other and shrug. The kind of athlete that I want is one that pushes himself or herself harder than I can push… and I push hard. I've been known to make athletes cry because of my tactics and techniques. Don't get me wrong, I am a very loving guy and care about my athletes a bunch, but it's that tough love that will make a difference in the end of the season. 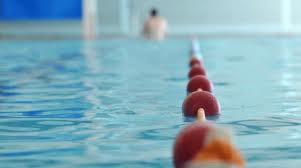