I did not go to my first church camp until I was about to enter my senior year of high school. I had been hanging out at church for a few years at that point, but could never make it happen because of summer sports and other activities that seemed to be more important. They weren’t, but I thought so at the time. Anyways, that was when I met Marc for the first time; Kevin designated him as the lucky winner to be camp counselor for all of us senior boys.

It was kind of weird that I had never seen this guy before, because I’d been going to church pretty consistently. However, Kevin told me that Marc was one of his youth kids from the old school and that he was a pretty cool guy, all grown up. In fact, Marc was the general manager of his family business, and would tell Kevin that he could give him one week out of the year, each year, to serve unconditionally. Kevin chose that one week to be camp. I think Kevin probably did this as sort of a punishment, because he knew that Marc had such great ministry potential that he should be there more often. LOL. 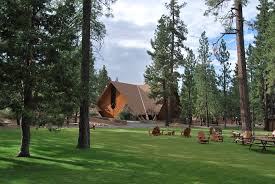 Camp ended up being a blast that year. Marc was hilarious and we had so much fun messing with him - we even tried (unsuccessfully) to shave his head while he was sleeping. Following that summer, he ended up being one of my small group leaders and from that time on became one of the biggest influencers in my life, even until today. That was 25 years ago.

Fast-forward. Marc still gives time to the very same church that he did way back then. He pretty much runs the entire sports ministry, and has influence over so many people it is insane. But the best part about Marc is that he never wants to be in the limelight, or get recognition for anything he does. He serves because that is what he is called to do. He served because that is what he was taught by Kevin, and so many others.

When someone invites you to a wedding feast, do not take the place of honor, for a person more distinguished than you may have been invited. If so, the host who invited both of you will come and say to you,“Give this man your seat.” Then, humiliated, you will have to take the least important place.
~Luke 14:8-11

The bottom line is, humble leaders add value to their people, and do it under the radar. So my question for you today is this: who are you adding value to on a daily basis? Are you too busy wanting to get recognized for the stuff that you do, or are you keeping your focus on others? If you’re doing the latter, keep pressing on, for the Lord will reward your diligence. My prayer is that you find somebody today that you can serve, preferably somebody who has nothing that they could give back in return. That is true greatness.

Like many high school kids, I was thinking about myself most of the time throughout those years in life.  Everything was about what I needed, and what was important for me and to me.  You might say that I was a teenager who believed that the world revolved around him.  And then sometime during that freshman year of high school I met Kevin Cobb, the Youth Pastor at my church. 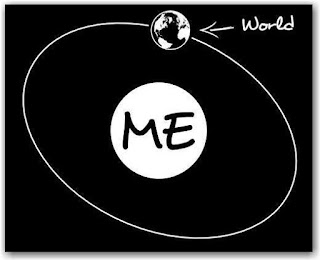 It took me a couple years, but I remember looking back when I was a junior and realized that Kevin never really did anything for himself. He was always at church, at least when I stopped by, always visiting the local small group gatherings that all of us guys had throughout the week, and he even swung by my house to give me a ride whenever I needed to get to a church function. I mean, it was crazy. He always seemed to be there for me when I needed it most.

These words spoken by Jesus to his disciples and a large crowd could not ring more true when I think about Kevin Cobb. What he was doing was not complicated and groundbreaking. He was doing exactly what he was taught to do when he was a young believer in Christ… and that is, serve others. The simplicity of this lesson continues to speak to me even today.

The people around us do not need us to do anything more than just serve them. And it isn’t about being audacious or outlandish. It just needs to be sincere. So my question for you is this: who is it in your life today that you need to serve? We encounter people all the time that need nothing more from us than a true act of kindness. My prayer for you is that you bless somebody today; it doesn’t matter whether it is big or small, it only needs to be meaningful and from the heart.

Maybe it is just me, but I hold on to the losses in life sometimes more than I do the victories. I can still remember one of my last water polo games in high school. We really wanted to beat our rival school. It was a close game, but they ended up beating us. That loss still stings. I mean, come on, shouldn’t I be able to get rid of thoughts from so long ago? Maybe. But, the fact is that is part of who I am. I am a fighter. 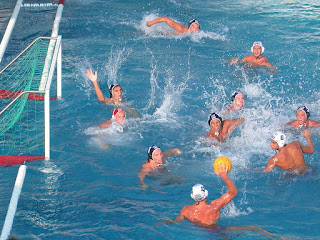 We see in the Bible that Apostle Paul instructs young Timothy to hold on tightly, and give life his very best. And, Paul does this by giving him encouragement pointing back to his own life.

“Timothy, my son, I am giving you this command in keeping with the prophecies once made about you, so that by recalling them you may fight the battle well, holding on to faith and a good conscience, which some have rejected and so have suffered shipwreck with regard to the faith.” ~1 Timothy 1:18-19

And there you have it. We only have a couple of options in life. We can either move forward and give it our very best to fight the battle, or we can allow the trivial stuff to shipwreck us and make us crash and capsize. The choice is really up to each of us. My prayer for you today is that you search your heart and ask what it is that you need to do to fortify your heart to continue to fight the battles you will face. And I guess my question is, are you willing to battle well, and do it for the rest of your life?